The French version of this commentary is available here.

Is unilingualism a right? A small group of unilingual Anglophones seems to think so and has launched yet another plea to abolish duality and bilingualism in New Brunswick. Official languages in New Brunswick, they claim, have set up a system that disproportionately favors bilingual Francophones over unilingual Anglophones. The creation of a unilingual Facebook group called New Brunswick Referendum on Bilingualism 2014 has attracted over 6,000 members and the petition it launched, asking that a referendum be held on official bilingualism in the province has gathered a little over 2,200 signatures. The mayor of Fredericton’s recent remarks calling to abolish linguistic duality have sparked yet another dialogue of the deaf.

This marginal, though vocal movement is fueled by legitimate, but poorly articulated frustrations. We must stress that the movement is indeed marginal. The number of signatures it has managed to gather in the past months corresponds to the popular support for the CoR in the 1999 elections and to a third of the votes obtained by the very marginal People’s Alliance of New Brunswick in the 2014 elections. By contrast, a petition asking the government to keep early French immersion in 2008 had gathered over 3,000 signatures in less than 48 hours and another one asking for Dieppe to adopt a bylaw on bilingual signage in 2010 had over 4,000 thousand signatures. More recently, a petition against shale gas exploration gathered over 16,000 signatures.

This protest against linguistic duality and official bilingualism is marginal, but it doesn’t mean that we shouldn’t have a mature discussion about language in this province. If such a dialogue is to happen, though, we need to move away from our old reflexes. Unilingual Anglophones cannot constantly blame bilinguals for their problems and must find solutions other than always taking rights away from the Acadians. Acadians, for their part, need to acknowledge that, though their linguistic situation is particular, Anglophones can and do have linguistic issues of their own.

There won’t be a referendum any time soon. It would mean no less than opening up the Canadian constitution. But that doesn’t mean that we can’t discuss our linguistic arrangements as well-wishing citizens. In order to do so, we need to stop pointing fingers and accept to acknowledge that we are in this together, whether we like or not.

What do the protestors want?

Protestors claim to be fighting for equality for unilinguals and criticize both linguistic duality and official bilingualism.

Two main arguments are presented against duality. First, they argue, it’s too expensive for our have-not province. We can’t afford to have overlapping administrative structures, which, they claim, double our costs. We could save money by having one single bilingual health system, and one single bilingual school system.

Second, they claim that duality creates unjust social and linguistic segregation. This system does not enable Anglophones to become sufficiently bilingual to function in our society, thus making them second-class citizens. Unilinguals are forced into exile or unemployment. Putting an end to duality would put an end to our segregation and would enable our youth to stay and work in New Brunswick.

This leads them to their critique of official bilingualism.

Official bilingualism, they say, overwhelmingly favors Acadians. Too many jobs demand linguistic skills that unilingual Anglophones do not possess. Language, they claim, – and by this they mean French skills – should not override other skill sets and should not be a requirement for most jobs. Unilingual Anglophones have a right to work in their language, in their province and are now a dominated majority. Being a numerical majority, the Anglophones right to work in their own language should supersede the right of Francophones to do the same.

Are these propositions logical, fair and factual?

There are many problems with the way these protestors frame the language issue. They tend to mix up bilingualism and duality – Fredericton’s mayor calls for abolishing duality, while the petition and Facebook group are against bilingualism, though their arguments tend to be about both…

First, duality isn’t free, sure, but it doesn’t double our public sector. We don’t have twice as many health workers and teachers because of duality. Abolishing duality would not cut our costs in half. We wouldn’t have half as many students or half as many sick people. What duality does do is allow these professionals to work in their language, whether it’s French or English. As for administrative costs, they would only be reduced if we heavily centralized our services, but these would still need to be bilingual.

Second, there is indeed a linguistic segregation in New Brunswick, but merging our school systems would not be the fix all cure protestors claim it would be. More than 70% of Francophones are bilingual, against 16% of Anglophones. This is problematic to be sure, but merging our school systems would do little to fix this and would create new problems. Bilingual schools throughout the province would have completely different realities. Schools in Woodstock, Moncton and Caraquet would not have the same bilingual composition at all. The problem isn’t who’s in our schools; it’s what we teach and how it’s being taught. Moreover, if we merged our school systems, we would need bilingual teachers and administrators. We would need bilingual curriculum. Unilinguals would be disadvantaged even more… Be careful what you wish for!

Third, official bilingualism cannot be held responsible for unemployment amongst unilingual Anglophones, nor for our demographic decline. Unemployment rates are higher in Francophone regions of the province and all Atlantic Provinces face population decline. Official bilingualism only applies to public sector jobs, 39% of which are designated “bilingual”. If public sector jobs have linguistic requirements, it’s because of the laws of the market. It has nothing to do with our current law.

Unemployment is a real problem in New Brunswick, and I would argue that our rural economy and our poor use of our natural resources are more to blame for our current situation than official bilingualism is. 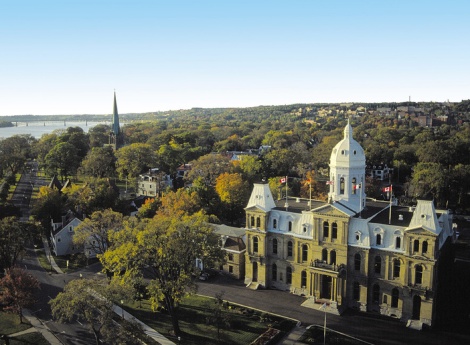 Even though we live in an officially bilingual province, we have never put in the effort needed to actually become bilingual. In this sense, the protestors are right. Indeed, how can we explain that so few students graduate from English schools with conversational skills in French (less than 1%)? But where I can’t agree with them is when they say that since 40 years of official bilingualism and duality hasn’t enabled them to learn French, we should abolish these laws. Whose responsibility is it to teach and learn French?

Acadians are to blame, in part. They have historically used duality to disengage themselves from Anglophone New Brunswickers (this is understandable). Many examples attest to this. The provincial week of French pride (Semaine provinciale de la fierté française, which is kind of the equivalent of Black history month) is only held in Francophone schools. The Linguistic and Cultural Development Policy – A Societal Project for the French Education System focuses on language, culture and identity, but does not apply to Anglophones schools. Acadian civil society has made Francophone immigration a priority to counter assimilation and population decline, but hasn’t put any efforts in fostering bilingualism amongst its fellow citizens. Anglophones have never been considered potential Acadians, and one could argue that Anglophones have never considered themselves potential Acadians either.

But Anglophones also share a large part of the blame. Given the linguistic statistics in New Brunswick, Anglophone schools could and should have put some efforts to review their curriculum. And socially, awareness could and should have been raised concerning respectful linguistic interactions. Too often Anglophones resort to: “Sorry, I don’t speak French”, instead of making an honest effort. I once spent three weeks in Turkey and managed to learn, during that time, basic communication skills in Turkish and was able to have simple interactions with the locals. One simply needs to be willing to make the effort. Where are the intellectuals? Where are the advocates of bilingualism, those willing to make it a reality?

To all unsatisfied unilinguals, I suggest that you fight not to revoke some of the Acadians’ most fundamental hard earned rights, but to make language learning a priority in your schools. And to all Acadians, I suggest that you acknowledge that learning French in New Brunswick does not come naturally and that you lend a helping hand. We will go further by reaching out to each other than by trying to take away rights from each other. If we set ourselves this common goal and work together, we can and will do great things together.

51 réponses à “Addressing duality and bilingualism: it’s time to start reaching out to each other – Mathieu Wade” 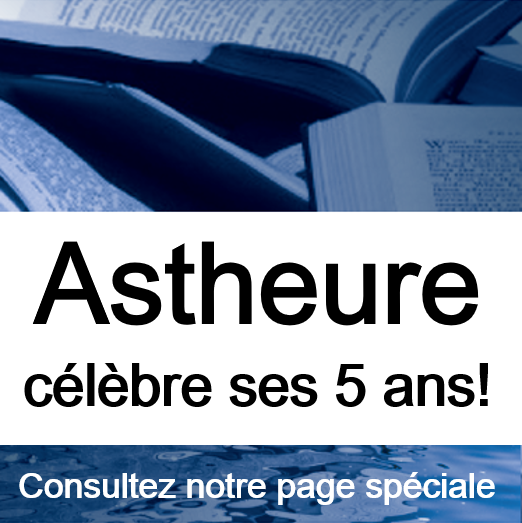